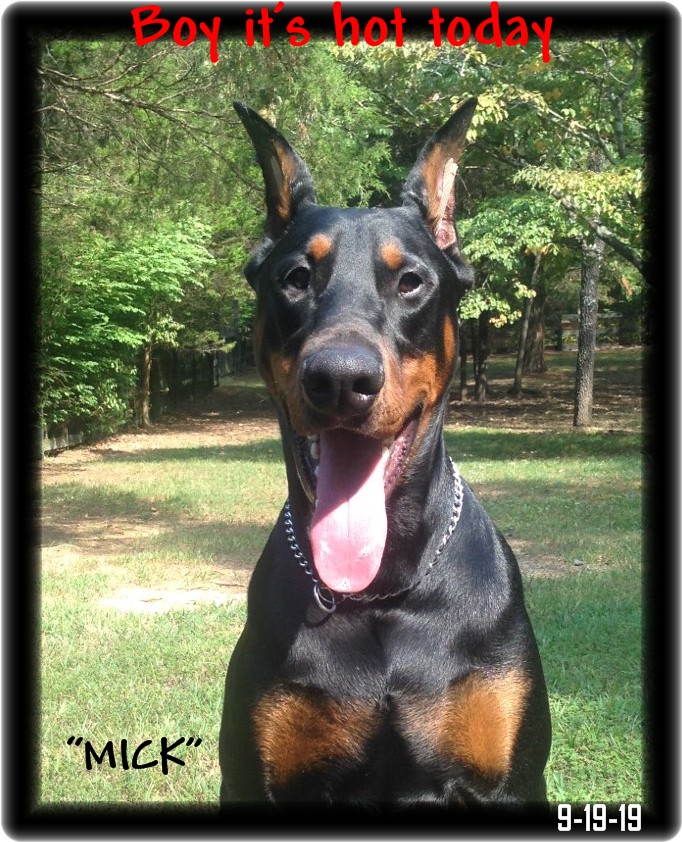 This boy will be quite the best friend. Super house manners and his size will be more imposing by appearance then a president's undercover body guard. We are holding his price down for two reasons. First and most important to us his genetic background, are even willing to adjust further his fee if his future home is even closer then the 200 mile limit we are putting on his placement.

The closer to us you are the more we are willing to consider further price adjustment. Next while he loves the physical attention he gets from both adults and children here we need an owner who will always remember he'll be a pussy cat to family and friends with no limit to the amount of friends but Mick is a strong protector without being nervous or on edge. Best he is primarily a home body and not a shopper or at least not for a few months which will allow you to understand how he evaluates the world outside his family.  Understand Mick once he has befriended a regular to your home they are always welcome in the family circle but still family and friends have a separation at a certain point meaning he'd stay out of family squabbles but not let a welcomed non-family member hassle his people. He is a "COOL" Dobe and if I did not have my Caspian I'd of kept him for my boy.

NOTE: His mom lives in Houston and his dad about an hour out of Mexico City now with his retired single mom. This makes re-breeding an impossibility. Winston his sire was picked up by a stateside friend of the owner who already had a one year old Hoytt bitch she had personally picked up after settling into her retirement residence. The friend took Winston to  San Antonio TX to meet with another of the owners friends and after a night at a hotel headed to his new home. All told I understand the road trip took 38 hours plus the last night in the states. The rest of Mick's litter are scattered across America. Mick had to hang with us until old enough to woo Buffy and now he truly deserves his own home.

NOTE: Since the video we have changed his call name to Mick due to his formal registered name Midnight Rambler. Also note that the last four photos are of his lady  Buffy formally Foxy Brown. 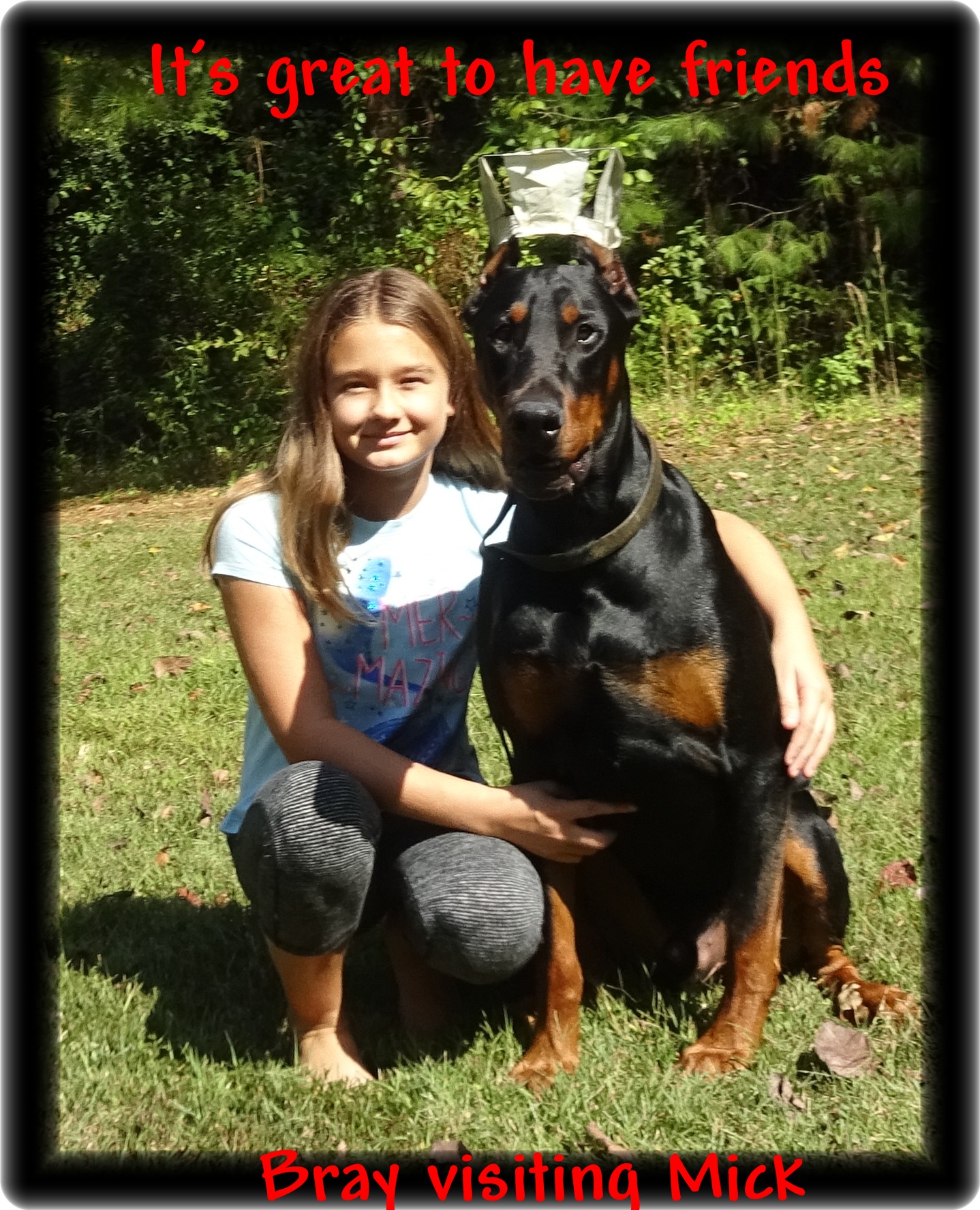 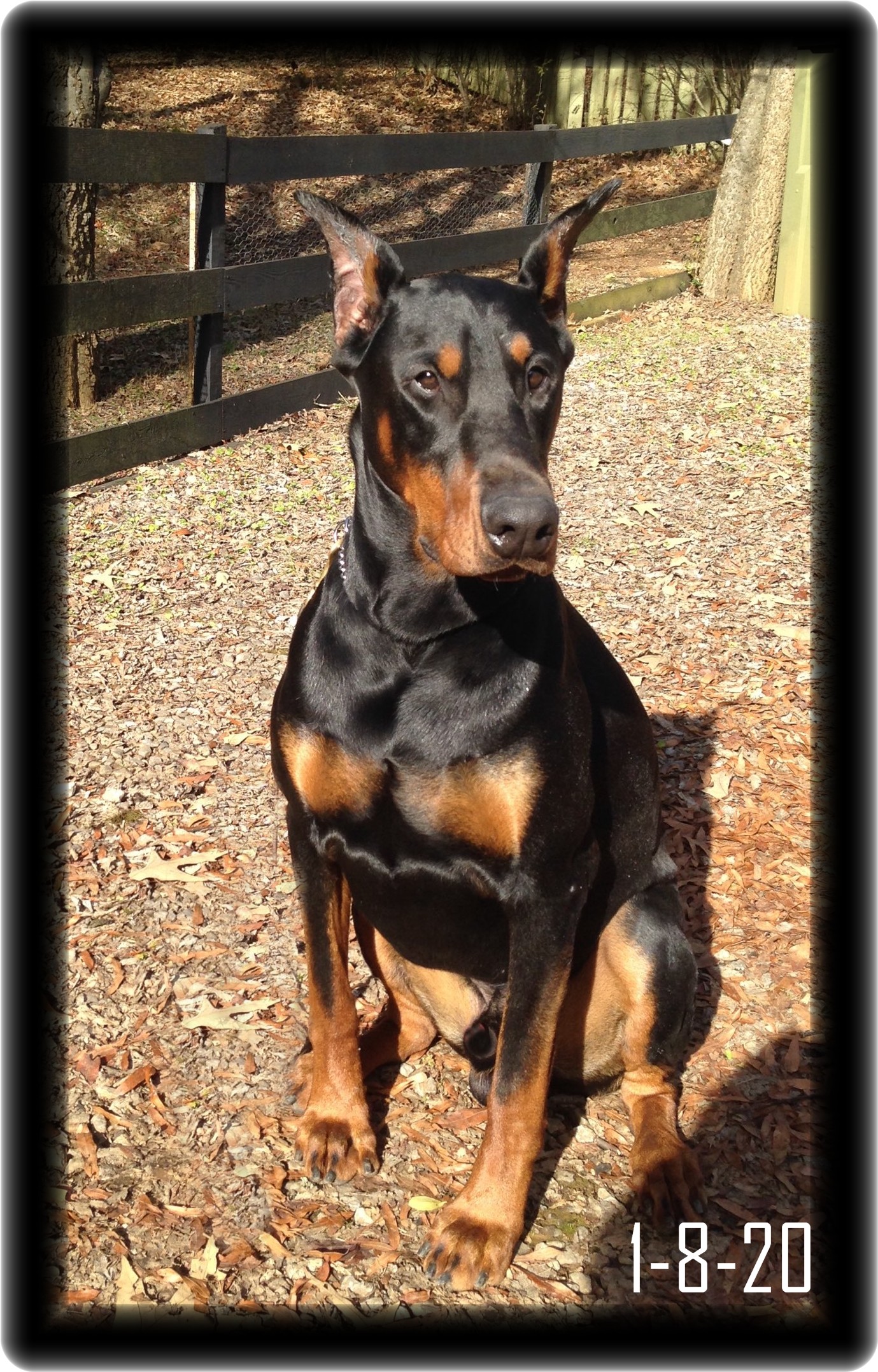 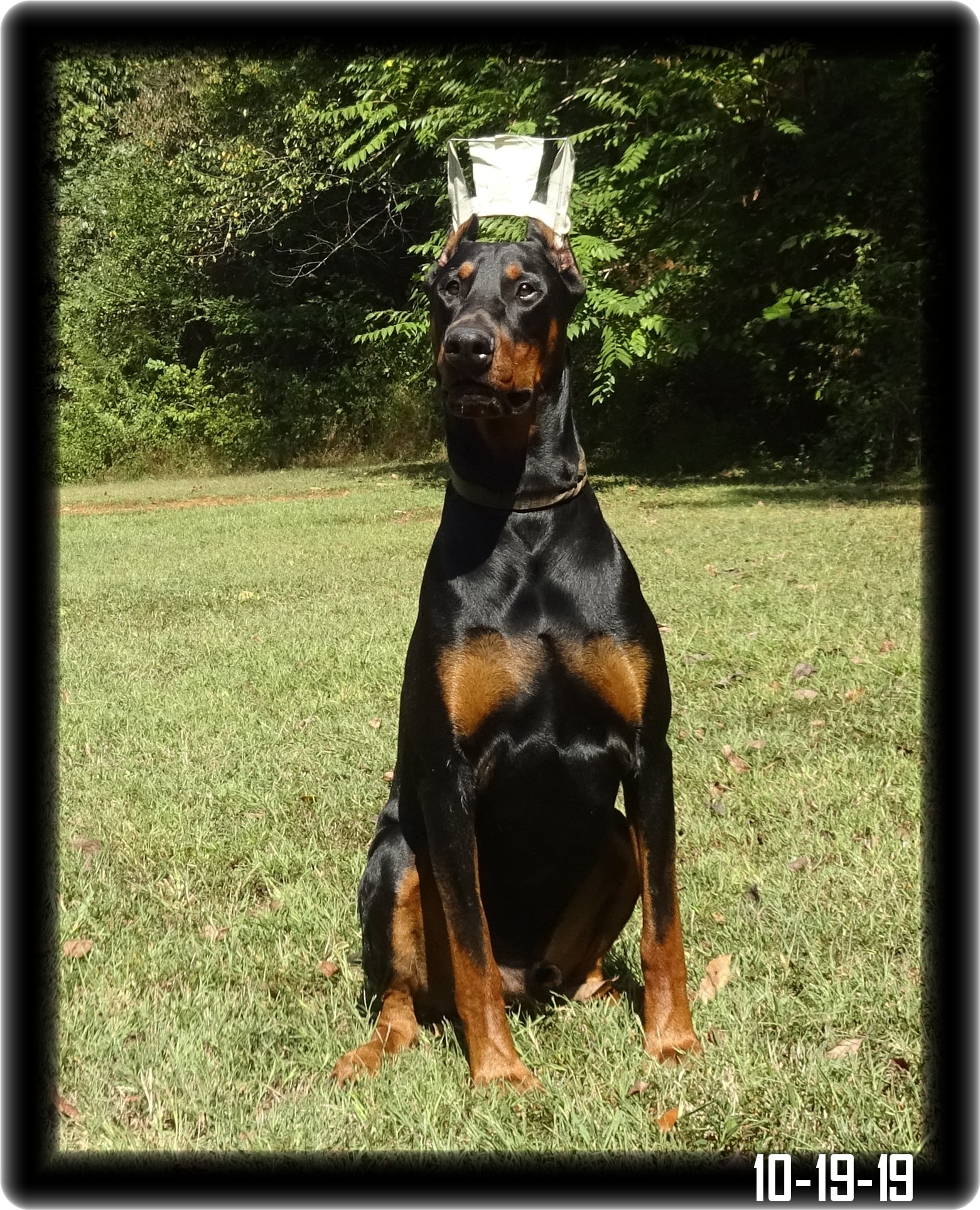 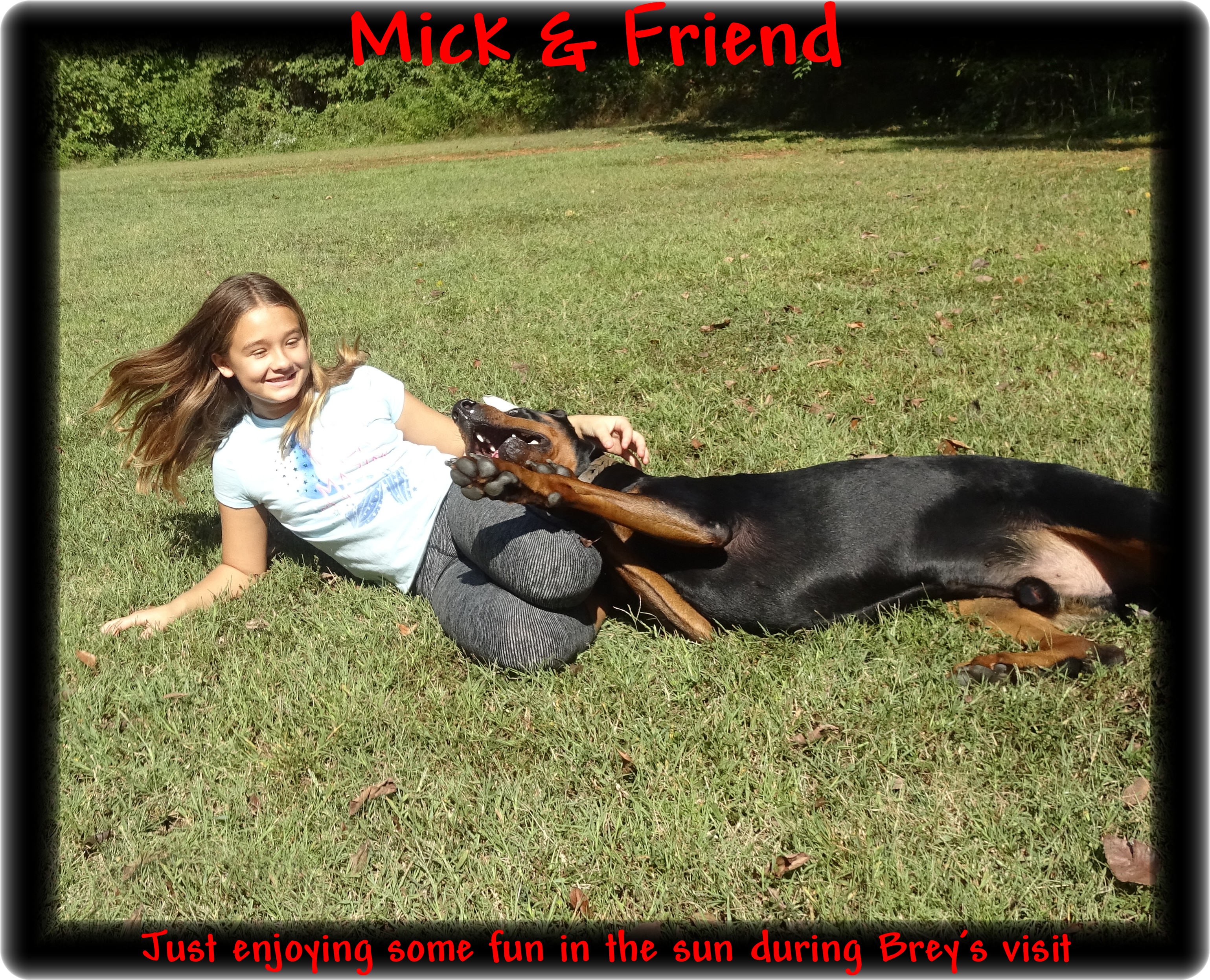 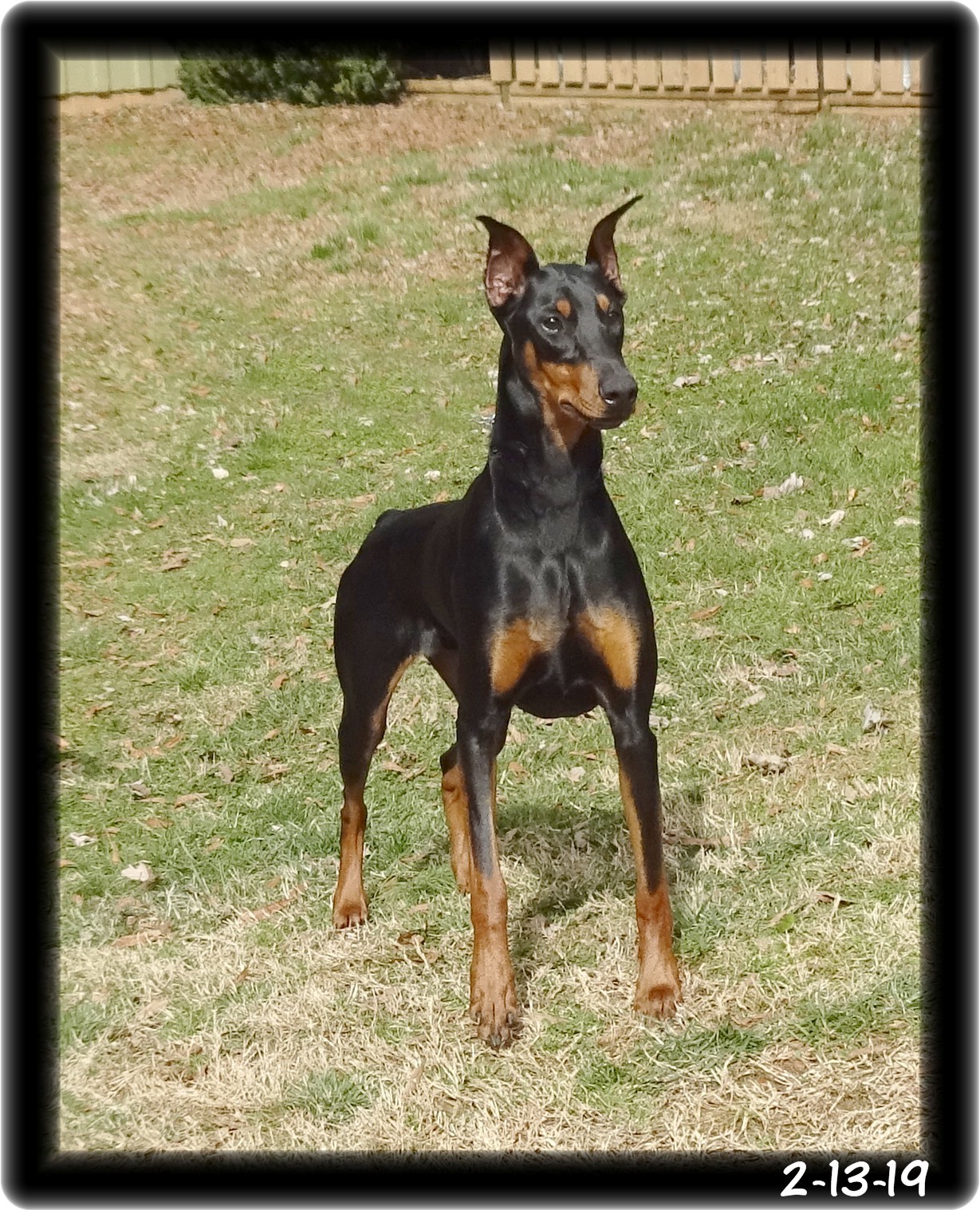 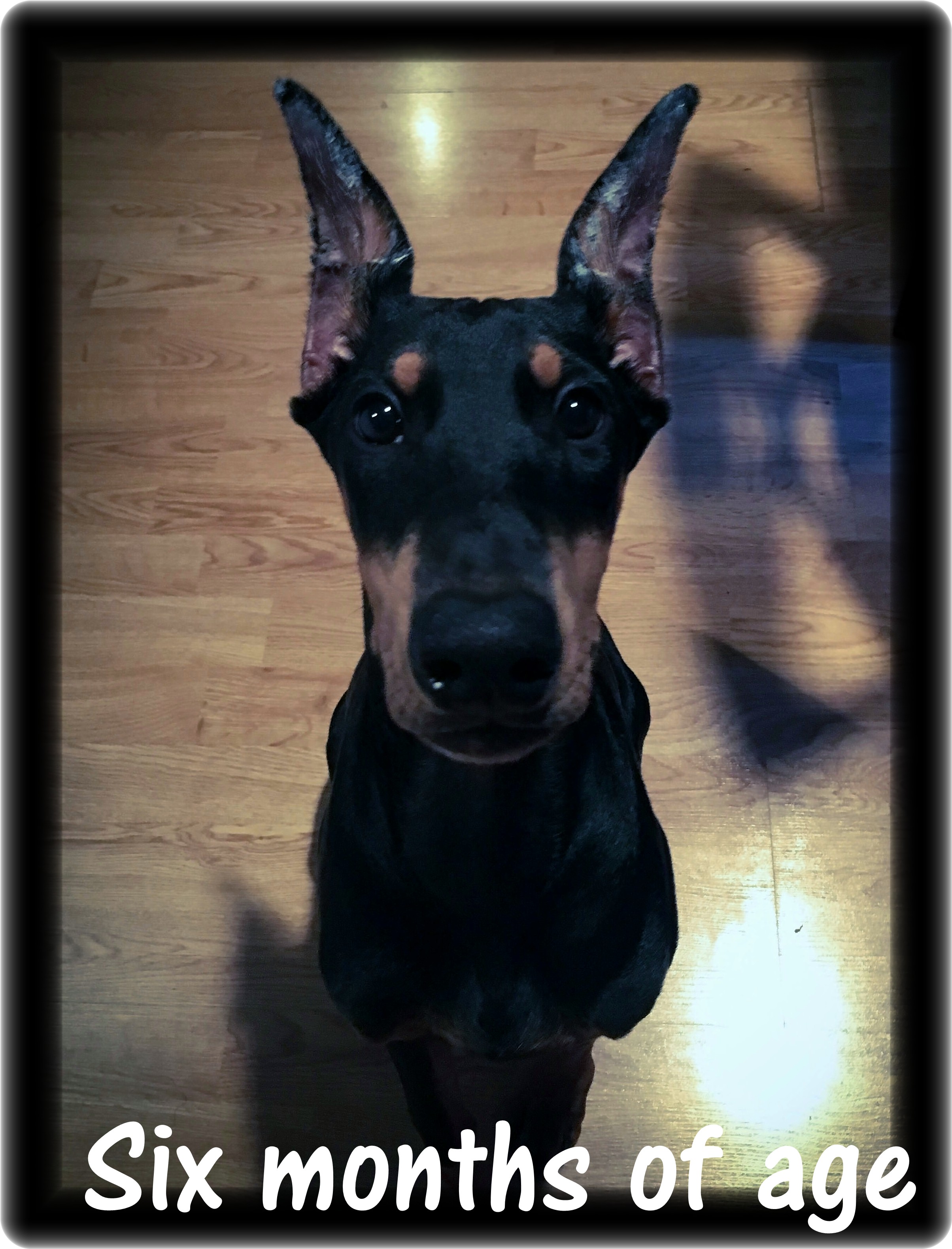 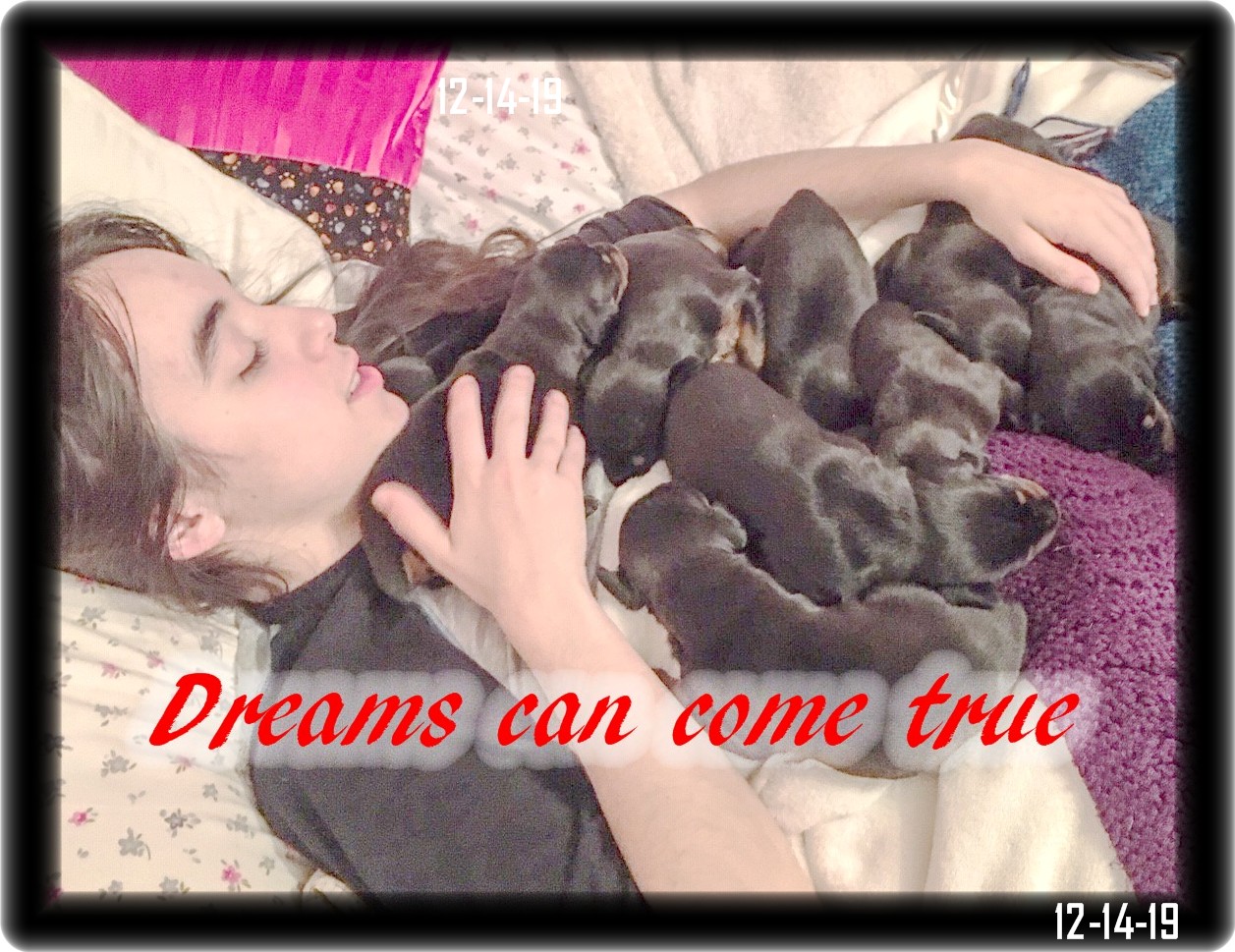 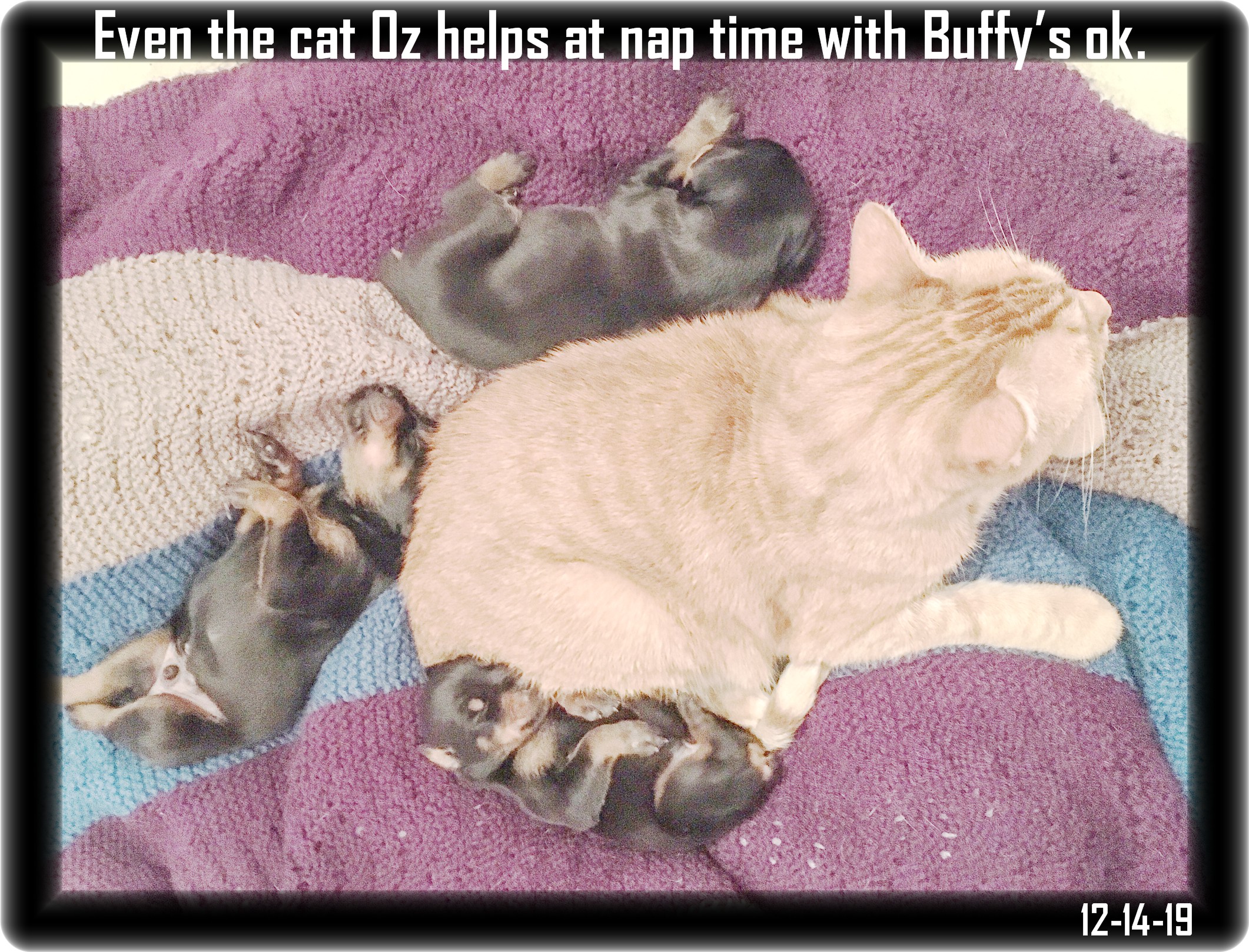 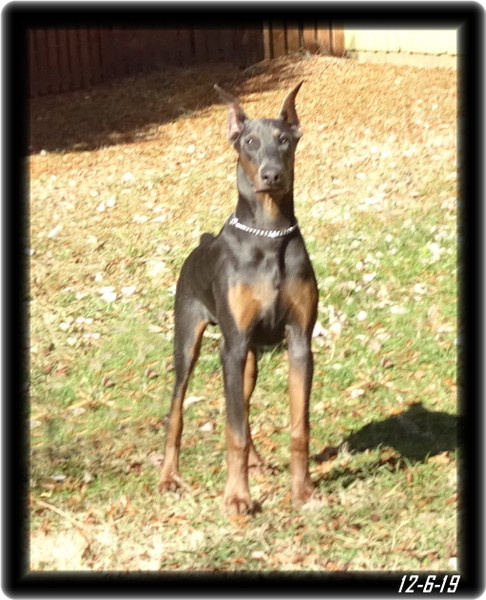 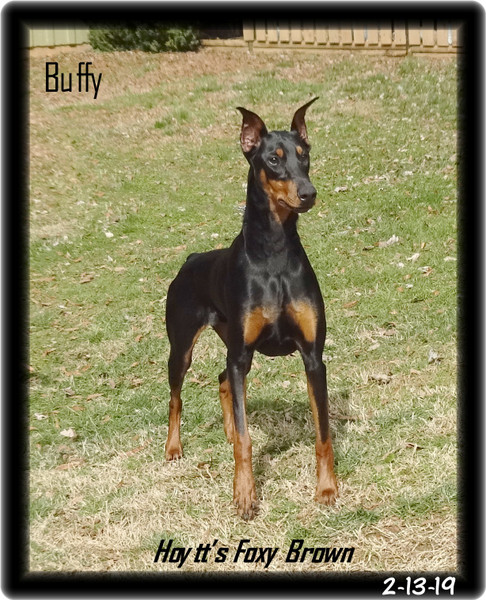 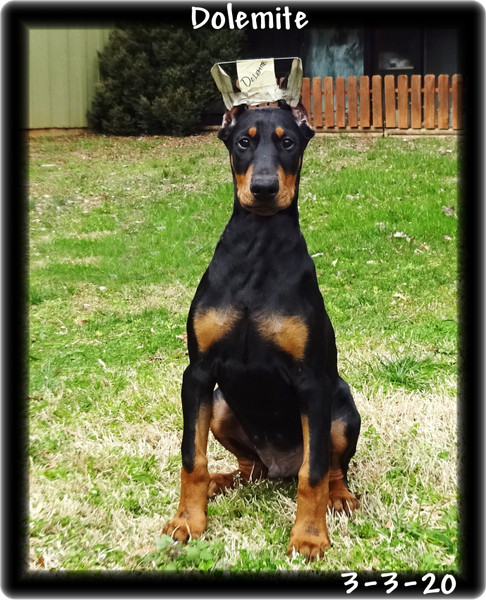 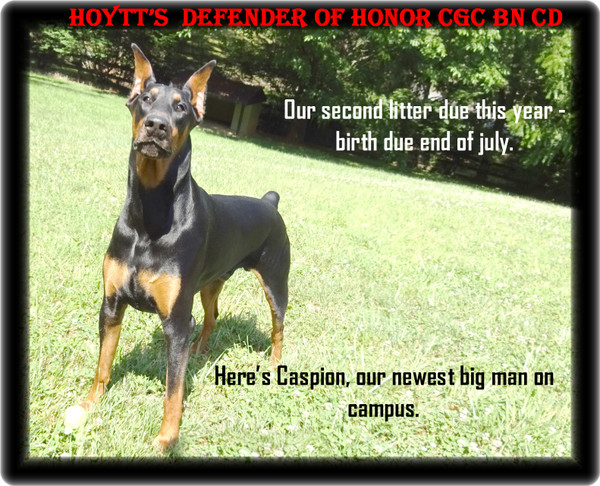 Caspian - Presidents Choice - formally Hoytts Defender of Honor BN CD CGC TDI/ Mr. Hoytt's next generations boy and second in command to his London. see his early training video at the end of his photos